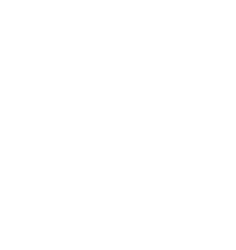 Confcooperative Nuoro Ogliastra is an association of cooperatives operating in Sardinia, in the provinces of Nuoro and Ogliastra

Confcooperative Nuoro Ogliastra is an association of cooperatives operating in the provinces of Nuoro and Ogliastra. It currently has 120 cooperatives, 3,000 members, 1,300 employees and a production value of 42 Million euros.
Its membership base is diverse: the main sectors represented are the social sectors (assistance to the disadvantaged and job placement), tourism, culture, fishing and food and drink sectors; wine, olive oil and dairy production, (of which some rank extremely highly on a national level). Recently added are the “new” economic sectors of E-commerce, ICT and insurance mediation.
Confcooperative Nuoro Ogliastra works actively to construct processes concerned with local development, opening a platform for negotiation and building territorial networks with organizations, institutions and public and private businessmen and women of the area.

To support and promote the development of cooperative members, spread the values of cooperation and contribute to strengthening the economic and social fabric of the local community. To carry out a service of support for already active cooperatives and to accompany and assist in the birth of new businesses.
To promote projects and development processes, through public sources of funding, ensuring economic vitality to cooperative members.

Confcooperative Nuoro Ogliastra acts as a representative for the protection of cooperative enterprises participating in discussion groups and working in partnership with other entrepreneurial organizations and associations.

SUPPORT IN THE DESIGN

Confcooperative Nuoro Ogliastra assists member companies in defining business projects, verifying their feasibility in relation to the current markets and supports the members in realizing those projects. It provides technical and operational support for the participation in tenders and applications for funding, which includes business planning activities, support, guidance and monitoring in all phases of the project. Special attention is given to the opportunities for social and economic growth as offered through the European channel.

Confcooperative Nuoro Ogliastra accompanies cooperatives during their formative stage, supporting and evaluating the development of the business idea that underlies it, offering services to document administrative procedures and business planning.

Special attention is given at the start of development processes for the area, through actions of sharing and collaboration among local business people.
For this purpose Confcooperative Nuoro Ogliastra supports and actively participates in:

Confcooperative Nuoro Ogliastra operates in Sardinia, in the territory of the Chamber of Commerce of Nuoro, which coincides with the “historical” province of Nuoro.

It is a vast territory with an area of 7.044 km² (about 30% of the entire island) which houses a population of 259,197 inhabitants divided into 100 municipalities (only 15% of the residents in Sardinia). This data makes it the region with the lowest population density in all of Italy (about 36 inhabitants / Km² compared with a national average of 201.71 inhabitants / Km²).

The “sub-regions” known as Marghine and Planargia, the Barbagas (from Barbagia of Nuoro to Barbagia of Seulo), Supramonte, Mandrolisai, Baronie and Ogliastra are included in this territory.

This area of land which crosses the whole island, from the Sardinian Sea to the Tyrrhenian Sea, represents a territory in which the identity of the island and it’s people are most deeply rooted. It is an area where we must preserve the regional language and local culture for as long as possible.

The area has a rich and varied natural landscape of rugged mountains and beautiful beaches, where you can immerse yourself in archaeological sites, natural monuments, churches, museums and a rich heritage of local traditions such as Carnival and Tenor singing (which in 2005 obtained the UNESCO recognition of ‘Oral and Intangible Heritage of humanity’).

It is an area that has produced and continues to produce great artists and intellectuals among which the Nobel Prize winner for literature Grazia Deledda, and the artist and sculptor Costantino Nivola, thanks to whom the area has established itself in regional, national and international culture.

Confcooperative Nuoro Ogliastra was founded in 1959 and is one of the Provincial Unions in which the presence of the local Sardinian Regional Confederation of Italian Cooperatives was structured. Confcooperative Nuoro Ogliastra was established initially in the areas of agriculture and food, fishing and construction, later extending to the sectors of production-labor, culture and humanitarian services.

The Confederation of Italian Cooperatives (Confcooperative) was founded in 1919 to group the Italian cooperatives of Christian creation. Today it is the main organization in the cooperative movement and for social enterprises. It has 19,833 companies, 543,000 employees and a turnover of €65.1 billion. There are 3,272,933 shareholders.The Confcooperative is divided into territorial structures on a regional level as well as provincial and also has sectoral structures (sector federations).

How to know more about us